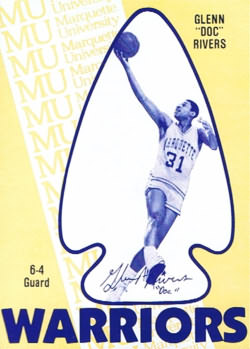 Rivers led Marquette in scoring (13.2 ppg) during the 1982-83 season. He was also named team co-captain that year.