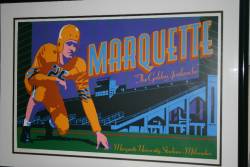 According to the Rev. Raphael N. Hamilton, S.J., in his book, The Story of Marquette University, “the College undertook the launching of an up-to-date football team and devoted all attention to this king of games” in 1892.

However, since Marquette was still a small institution, its football teams played a collection of area high school and college opponents until 1901 when Jerry Riordan was named its first professional coach.

Marquette's football team appeared in the first Cotton Bowl in 1937, losing 16-6 to Texas Christian and quarterback Sammy Baugh. NCAA football was last played by Marquette in 1960, after accumulating several years of budget deficits for the university. Their last successful season was 1953. Since then, they had accumulated a 10-44-3 record, including two straight seasons (1956 to 1957) without a win or even a tie. Marquette Stadium, the football team's home since 1924, was dismantled in the 1970s. The sport has since been brought back at the club level.

Marquette football has also had its fair share of great players as well, the most famous being George Andrie.

After playing three years at Marquette and not being able to participate in his senior year because of the cancellation of the program, Andrie was selected in the 6th round of the NFL draft by the Dallas Cowboys. The 6’ 6,” 250-pound DE instantly became a star with the team, joining with DT Bob Lilly to create the original Dallas Doomsday defense.

In his career, Andrie was a member of the Super Bowl VI champion Cowboys, and also played in the 1967 NFL Championship loss to the Green Bay Packers nicknamed the “Ice Bowl,” in which he recovered a fumble for a touchdown. In all, Andrie played in five Pro Bowls, earning four starts, and was Pro Bowl co-MVP in 1970 along with Chicago Bears Hall of Fame running back Gale Sayers.

Aside from Andrie, more than 70 Marquette football players played professionally, including numerous members of AFL and NFL Championship games.

Out of this number, four Marquette players have been inducted into the Green Bay Packers Hall of Fame. Lavern Dilweg was a stifling defensive end for Marquette in the early 1920s, and at 6’ 3” was one of the most intimidating members of the team. In his playing days at Marquette, Dilweg was a two-time Walter Eckersall All-American, and later went on to win three NFL Championships with the Green Bay Packers along with fellow Marquette players Joseph “Red” Dunn and Howie “Whitey” Woodin. Dilweg also showed off his talents away from the playing field, as he earned a law degree from Marquette and was elected as a Democrat to the 78th Congress.

The program's only member of the College Football Hall of Fame is Head Coach Frank Murray, who led the 1936 team to the first ever Cotton Bowl. Murray, also a Marquette basketball coach, left Milwaukee after the Cotton Bowl to coach at the University of Virginia. After a few sub-par seasons with the Cavaliers, Murray returned to Milwaukee to coach Marquette until he retired from the game in 1949. Although Murray did not have tremendous success after returning to Marquette his contributions to the game and the university are undeniable. Murray, a gentleman in every sense of the word, was considered one of the greatest football minds of his era.

Marquette University’s football program racked up 36 winning seasons in its history, nine of which the team went undefeated. But Dec. 8, 1960, after only 10 wins in the previous six seasons and creating debt for the school, the program was canceled by the school despite incredible student opposition. Although students may never see Division 1 football again at Marquette, the stories and legends that have passed through this campus can at least offer us a glimpse of what it was like. 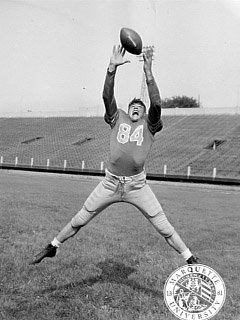 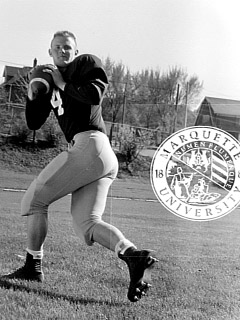 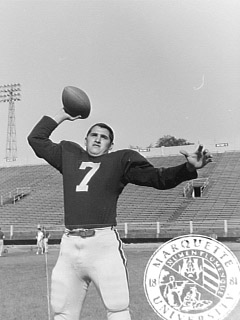 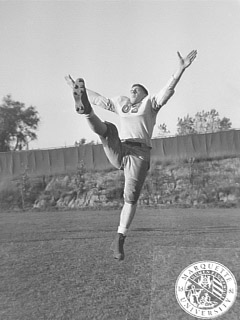 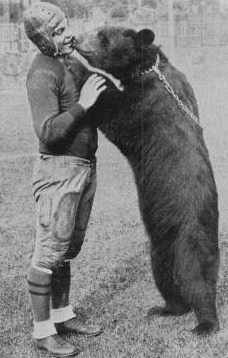