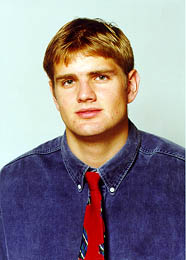 Has come off the bench in 22 games … Hit his first career three-pointer at UNC Charlotte (Feb. 15) … Posted season highs of 11 points and eight rebounds against Prairie View A&M (Dec. 6).