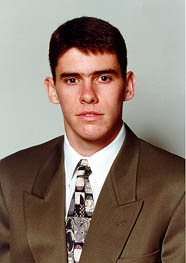 Named to the 1996 all-state first team by the Louisville Courier-Journal and Lexington Herald-Leader … Averaged 24.3 points, 9.3 rebounds and 5.3 assists as a senior … The Region 5 Player of the Year in 1996 … Also earned all-district, all-area, all-region honors during his senior campaign … Named to the district all-tournament team … Was an All-America high honorable mention pick byStreet & Smith's … Led Meade County to four regional tournaments during his career … Averaged 17 points, 6.8 rebounds and 5.9 assists as a junior … Chosen to the all-area, all-district and all-region teams … Selected to the district all-tournament team … During his sophomore season he averaged 14 points, 5.3 rebounds and 4.9 assists … Coached by Larry Miller, his father, at Meade County … Was the MVP at the 1995 Blue Chip Camp … A member of the 1996 Team Kentucky that participated in the Wendy's Classic … Played on the Kentucky Junior All-Star Team in 1994 and 1995 … Played on the Louisville Prep Festival All-Star Team in 1995 … Was named to the academic all-state first team all four years in high school … A National Merit Finalist … Graduated fifth in his high school class of 300 … Served as president of Students Against Drunk Driving (SADD) and was a member of the National Honor Society and Fellowship of Christian Athletes.

Eldest of Larry and Joyce Miller's two children … Father played basketball at Jacksonville State (Ala.) from 1971-72 … An engineering major.