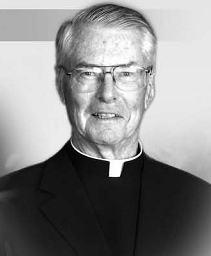 Ordained in 1954, Father Kelly attended Catholic University in Paris from 1958 to 1961 and subsequently obtained his doctorate of theology from there in 1963.

Father Kelly taught at Marquette from 1961 until his retirement in 2000.