Brell played for the University of North Dakota for one-half season.

Brell transferred to Marquette from the University of Wisconsin-Milwaukee. As a result, he sat out the 1968-69 season.

Brell was selected by Denver in the 12th round of the 1971 ABA draft and by Milwaukee in the third round (51st overall) of the 1971 NBA draft, but never played in either league. 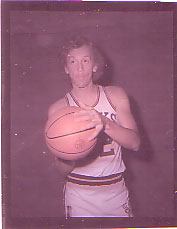