As a senior, he averaged 20 points and 9 rebounds a game, earning All-American honors from Parade and Scholastic magazines. He was also an Academic All-American choice his senior year. 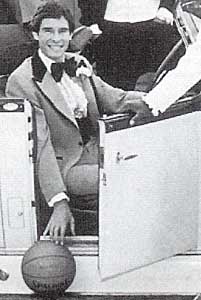 Rosenberger averaged 7.3 points per game during the 1976-77 season.

Rosenberger is a regional vice president for Countrywide Home Loans in Pittsburgh and has been in the mortgage banking 23 years.