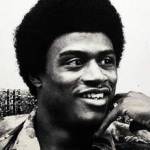 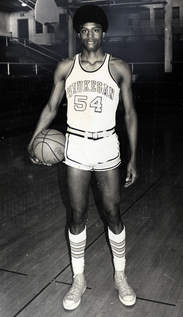 He told The News-Sun that he “barely made the freshman ‘B’ squad” at Waukegan.

Whitehead made the First-Team All-State while at Waukegan High.

In his senior year at WHS, he was recruited by between 150 and 200 colleges.

In his only year at Riverside, Whitehead led his team to a 28-6 record and was named MVP of the Mission Conference.

He was the lone freshman named to the All-California Junior College honor team.

Whitehead transferred to Marquette after only one year at Riverside JC.

He attended summer school at Marquette in 1975, working to boost his GPA while working in a bakery production line.

He averaged 8.9 points per game as a sophomore and 10.5 points per game as a junior. Jerome averaged 14 points per game as a senior and led Marquette in rebounding (8.3 rpg) during the 1977-78 season. He will always be remembered by Charlotte fans for a play they probably felt was offensive goaltending, but was not called, in the closing moments of the National Semifinal game in 1977. Whitehead told The News-Sun in 1977, “I had always wondered what it felt like to score the winning basket in an important game like that, ever since my cousin Rufus Woods (former North Chicago star) scored the winning basket against Waukegan in 1966…I had thought about it for a long time and finally it came true.” 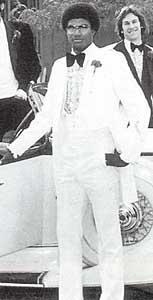 On October 30, 1980, he was traded with Richard Washington by the Dallas Mavericks to the Cleveland Cavaliers for Bill Robinzine, a 1983 1st round pick via Atlanta (Derek Harper) and a 1986 1st round pick (Roy Tarpley).

He was the most productive NBA player from the 1977 NCAA Championship team.

Whitehead is a financial analyst with Primerica Financial Services in San Diego.

The Chicago Sun-Times article on his passing: “Whitehead’s body was discovered Dec. 20 by a sister, according to a spokesman for the San Diego County Medical Examiner’s Office. When she couldn’t reach him by phone, the sister visited Whitehead’s home in rural El Cajon, where she found him dead in the bathroom at about 6:20 p.m. Emergency personnel were summoned and confirmed the death, noting 'signs of decomposition,' the spokesman said.