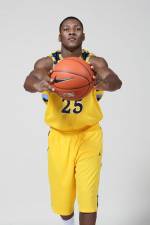 Consensus top-100 nationally ranked signee … rated 46th overall by Rivals.com, 55th by ESPN.com and 75 by Scout.com …. Also tabbed the 26th-best power forward prospect by Scout.com … two-time Associated Press Wisconsin State Player of the Year honoree and “Mr. Basketball” selection under head coach Steve Collins at Madison Memorial High School … led squad to 26-1 overall record and WIAA Division I Championship in 2008-09 … four-year letterwinner and starter for the Spartans, who posted a 94-8 slate with him in the starting lineup … concluded career with 1,669 points and 779 rebounds to rank first in both categories at Memorial, surpassing former Golden Eagle Wesley Matthews' previous marks … program leader in steals (164) … garnered all-league accolades each of his four seasons … also tabbed state's top player by the Wisconsin Basketball Coaches Association as a senior … garnered first team all-state accolades from the Associated Press and WBCA each of his final two campaigns … also Big Eight Conference Player of the year in 2007-08 and 2008-09 … averaged 17.7 points, 8.7 rebounds, 2.1 assists and 2.1 steals per game in 2008-09 … shot 50.8 percent from the field … Spartans claimed sixth-straight conference title, the second program in 83 years to accomplish that feat … tabbed to the all-area team by The Capital Times … contributed 25 points and 12 rebounds in the state title game … named state tourney's most valuable player in 2007-08 after averaging 30.0 points and 14.7 rebounds per game in the event … Spartans made championship game appearance that season … for the year, he contributed 21.0 points and 11.7 rebounds per game … team finished 23-3 overall … set school's single-game rebound mark with 22 against Benilde … all-conference, all-city and third team all-state selection as a sophomore after posting season averages of 16.5 points and 6.3 boards per outing … shot 55.0 percent from the floor … chipped in 12.9 points and 5.6 rebounds per contest as a freshman en route to honorable mention all-state recognition … AAU action includes stints with the Wisconsin Rebels, Unique All-Starts and Illinois Bobcats … named to all-tournament squad at the iS8/Nike Tip-Off Fall Classic in 2008 … tabbed to the 2009 FLA-USA All-Star Game All-Showcase Team … contributed 13 points and seven rebounds for Team USA.

After guaranteeing a state championship in his final year, the 6-foot-7 senior delivered by leading Madison Memorial to another state title while averaging 17.7 points and 9.6 rebounds per game. Behind Maymon's 25 points and 12 rebounds, the Spartans defeated the Jamil Wilson-led Racine Horlick team, 56-41, in the title game. He averaged 17.7 points, 10.7 rebounds and 4 assists during the 2009 State Title.

As a 6-foot-5 junior who carried Madison Memorial's boys basketball team within one shot of a WIAA Division 1 state championship, Maymon has been named Wisconsin's player of the year by The Associated Press. Maymon averaged 19.7 points and 10.7 rebounds per game for the Spartans, who went 23-3 and lost to Wauwatosa East in overtime in the state final. In three tournament games, Maymon averaged 30 points, 14.7 rebounds, 4.7 blocks, 3.7 steals and 3.0 assists.

The Illinois Bobcats were very lucky that Jeronne Maymom chose them. So also will be the university chosen by this 6-6 swingman from Madison, WI. His versatility, strength and athleticism have him ranked in a lot of people’s top 50.

Maymon fits in the Tayshaun Prince mold of the versatile 3-man that brings skills in just about every aspect of the game there is. Offensively he can theoretically play four positions, though he is a natural 3. He brings the ball up the floor when asked. He hardly ever shoots the ball from outside unless his team is down a lot late. He probably would shoot more if he did not get to the hoop with such incredible ease. He almost never gets his shot blocked. His specialty is getting to the foul line where he gets nearly half his points and shoots a good percentage with a smooth stroke. He is an absolute iron man. He played 79 out of the 80 minutes his team played on this afternoon. He looked a little winded toward the end, but still was slicing through the lane to convert some easy lay-ups. He gets a lot of second chance points and has vice-grips for rebounding hands. He is an above average passer and often surprises teammates with his no-looks. He is pretty soft spoken and never argues with the refs (and it was definitely warranted in this tournament). In the GBOA he guarded the other teams best non point guard about 90% of the time showing decent weak side shot blocking ability. However he is definitely most disruptive defensively in the passing lanes where his long arms reek havoc on teams who “windshield wipe” in their half court offense.

Versatility is the key word here. He can do many different things for Baylor, Marquette, Indiana, WISCGB, or wherever he goes. Seeing Indiana and Marquette on his list is very interesting due to the recent coaching carousel. One thing that was very noticeable was his relationship with his parents. They seem very close with him and it wouldn’t be a surprise if they were pivotal in his choice of school.

Jeronne Maymon is the fastest rising player in the 2009 class in Wisconsin and he is a guy that a lot of schools will follow closely this spring and summer. Maymon is transitioning from the post to the perimeter and still needs to work on his jump shot and his ball handling. He is a great athlete, is extremely long and wiry and plays all over the court. He has a chance to be a great defender in college. He is developing his 3-point shot and is becoming more consistent and comfortable on the perimeter each day. He has tremendous upside and continues to improve with each game. He still needs to work on his consistency and he needs to “bring it” every game. Maymon is a talent who, as long as he continues to work, may become one of the most sought after players in the class in Wisconsin. -ESPN.com

Bob Gibbons of ESPN, who has rated high school basketball prospects for many years, tabbed the 6-foot-6 Maymon the 33rd-best prospect in the country in updated ratings released Wednesday. Additionally Both Maymon and Wilson stand atop the updated Wishoops.net player rankings released today for the class of 2009 as well, though for the first time Maymon has taken over the No. 1 spot with Wilson coming in a very close No. 2.

5/22/2008 - Wisconsin Sports Network - “According to Tim Maymon, the father of Madison Memorial junior Jeronne Maymon, the unofficial visit the family took to Marquette on Tuesday went well. “It was great meeting with Buzz Williams and the other coaches,” Tim Maymon said. “Things went well.”

5/27/2008 - Rosiak's Blog - “For the second year in a row and the third year in the last four, the Marquette Golden Eagles have landed Wisconsin's state high school player of the year.

“Jeronne Maymon, a forward from Madison Memorial who's finishing his junior year, has given an oral commitment to play for MU and new coach Buzz Williams.”

Signed with Marquette as part of the Golden Eagles' 2009 recruiting class … Appeared in nine games off the bench for Marquette before deciding to transfer after the fall semester … Averaged 4.0 points and 4.2 rebounds per game while shooting 48.1 percent from the floor … Enrolled at Tennessee in January and practiced with the scout team.

Born March 6, 1991 in Madison, Wis. … son of Timothy and Latanya Maymon … one of five children … undecided on a major.

Time out with Jeronne Maymon

1. What motivates me: my family and fans and the love of the game.
2. I like: working with and coaching kids and having them look up to me and respect me.
3. Favorite subject: English.
4. Favorite basketball moment: during my final state championship game in the fourth quarter, watching the clock hitting triple zeroes.
5. Three words to describe me: fun, comical, handsome.
6. Role models: my parents, Tim and Latonya.
7. I wish: I could play basketball forever.
8. I can't live without: God.
9. Words to live by: I can do all things in Christ Jesus, who strengthens me.
10. Favorite athlete: Kobe Bryant.
11. Favorite team: Los Angeles Lakers.
12. Favorite movie: Friday.
13. Favorite TV show: Family Guy.
14. Favorite food: macaroni and chicken.
15. Favorite fast food: Denny's.
16. I want to visit: Miami; Los Angeles.
17. I wish I could play: baseball.
18. My perfect day: being around everyone I love, my family and friends, and having a good time.
19. Post high school: Attend Marquette University on a basketball scholarship to study communications or business.
20. Future plans: Playing basketball and managing my own business. 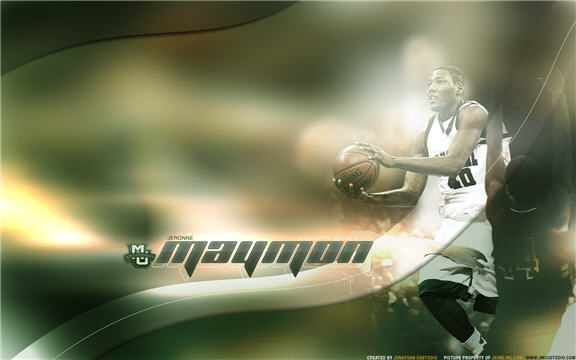