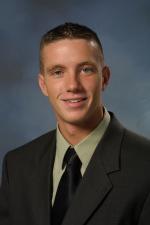 Menard was a role player off the bench for his only season at Marquette, 2001-02. He scored in four of the nine games in which he appeared. He had a season-high four points against Arkansas-Pine Bluff on Dec. 19 and DePaul on Jan. 19. For his Marquette career, he scored only 12 points.