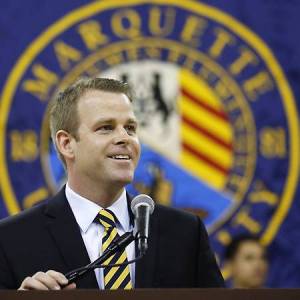 Wojciechowski, 37, served as an assistant coach at Duke since the 1999-2000 season and was promoted to associate head coach in the summer of 2008. As a player and coach, he is a part of Duke's winning tradition, serving on the coaching staff for two NCAA tournament champions. During his tenure, the Blue Devils posted an incredible 441-92 record and competed in the NCAA tournament every year.

President-Elect Lovell met extensively with Wojciechowski during the past week. “Steve has led under one of the top coaches in the nation for more than a decade, and he is committed to leading our student-athletes to success both on and off the court,” President-Elect Lovell said. “In my conversations with Steve, I quickly became confident and convinced that he will immediately build on Marquette's longstanding tradition of excellence in basketball. His work ethic combined with his experience makes him the perfect fit for our future.”

“Steve Wojciechowski is a proven winner and has excelled as both an associate head coach and player at the highest level of men's basketball,” Father Wild said. “This follows our historic news of President-Elect Lovell last week and continues our momentum to take a great university and basketball program to even loftier heights.”

Wojciechowski also served as court coach and scout for the USA Basketball Men's Senior National Team. He helped lead on-court duties as well as game preparation from 2006-12, including the program's gold-medal performance at the 2008 Beijing Olympics and 2012 London Olympics. The Olympic teams included NBA greats such as Marquette alumnus Dwyane Wade, Kobe Bryant and LeBron James.

“I come from an environment where the expectation is to win, and that is why I chose Marquette,” Wojciechowski said. “I am particularly impressed with Marquette's investment in men's basketball and I'm thrilled to join an institution with so much rich history in both basketball and academic excellence. Having been a student-athlete, I know first-hand what it takes to succeed both on and off the court, and I bring tremendous passion when it comes to shaping our players into successful athletes and men.”

“Steve's contagious energy, drive and passion for the game stood out among the candidates. He is loyal, a tenacious recruiter, has a proven track record and was the most sought after assistant coach in the country,” said Marquette Interim Vice President and Athletic Director Bill Cords. “This was the largest and deepest field of coaches we have ever experienced since I began in 1989. We had many great finalists, all of whom were head coaches, with the exception of Steve. He clearly emerged as the best person to be the head basketball coach at Marquette University. As both a player and a coach, he comes from a program that has a rich and proud tradition and knows what it takes to get to the top.”

In 2001, in his second year as an assistant at Duke, Wojciechowski and the Blue Devils won the national championship. The team also captured the Atlantic Coast Conference regular season and tournament crowns and posted a 35-4 record.

Wojciechowski achieved repeated success at the highest level with an NCAA title in the 2009-10 season as associate head coach. On the road to the championship, the Blue Devils also won the ACC Tournament, the ACC Regular Season and NIT Season Tip-Off titles. Defense and rebounding were key for the Blue Devils who had one of the nation's top defenses, holding opponents to 61.0 points per game, and ranked 14th out of 334 teams in rebounding margin.

As a player, Wojciechowski (who was often referred to as “Wojo,”) was named the top defensive player in the country his senior year, a two-time All-ACC choice and honorable mention Associated Press All-America.

“I am absolutely thrilled for Steve, Lindsay and the boys, and for Marquette,” Duke University Head Coach Mike Krzyzewski said. “Steve gave his heart and soul to me, our program, our community and Duke for 20 years. He was a vital part of the successes we have had. He made me better every day and I know that he will make Marquette and the Milwaukee community better every day. He is a very special coach and person.”

Wojciechowski is a native of Severna Park, Md., and a first-generation college student, having earned a bachelor's degree in sociology from Duke. He and his wife Lindsay have two sons, Jack and Charlie. Lindsay is a Family Nurse Practitioner who also occasionally serves as an instructor in Duke's School of Nursing.

“My family and I were overwhelmed with the warm reception from the Marquette campus this past week, and we look forward to welcoming Steve, Lindsay, Jack and Charlie into the Marquette family,” President-Elect Lovell said. 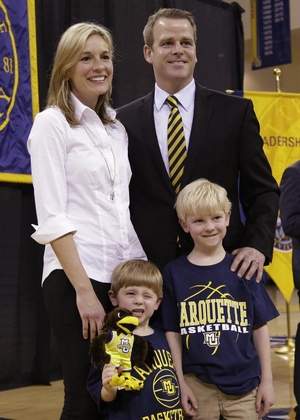 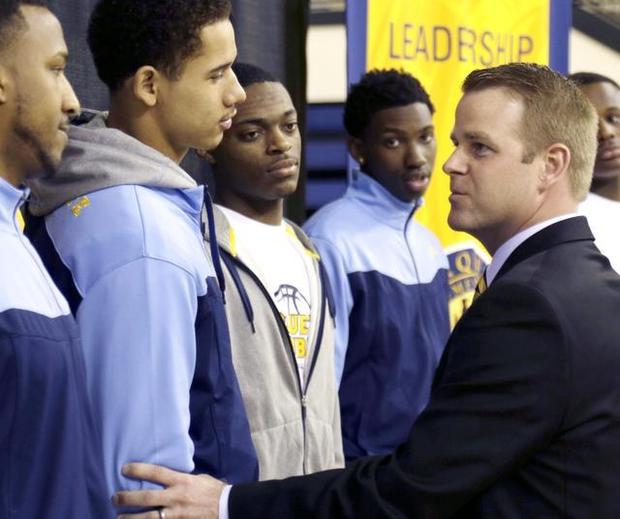 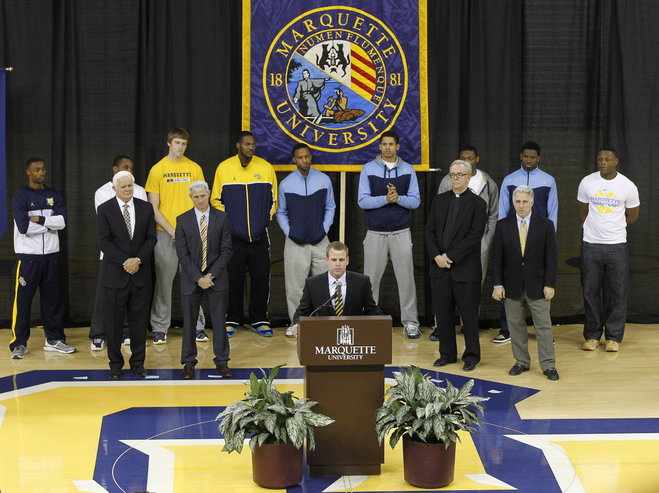 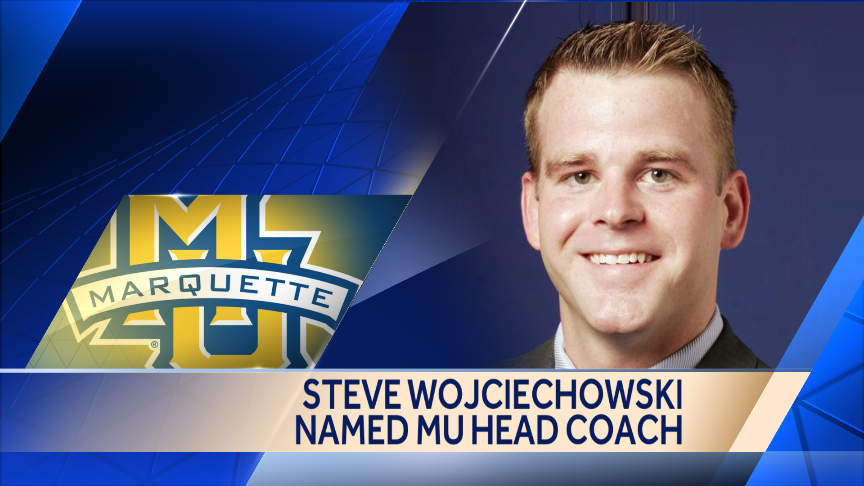