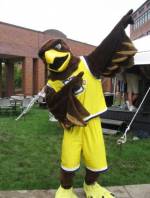 On May 2, 1994, Marquette announced that Golden Eagles had been chosen as the new athletic nickname after a vote that allegedly included students, faculty, administrators, staff and a “random sample” of alumni. Marquette's new athletic logo was unveiled on July 28, 1994 and although eagles are used by thousands of other schools and companies across the country and around the world, Marquette thought their logo would be unique and stand out amongst the countless other examples. They were wrong and in recent years, have moved away from the eagle logo designed by Hanson/Dodge Design, in favor of the interlocked MU logo, which most students and “random” alumni find to be less offensive.

In 2004, Marquette began to consider changing the name back to Warriors, and conducted a poll that showed strong alumni and student support for that nickname. However, the Board of Trustees rejected Warriors on the grounds that previous logos had been disrespectful to Native Americans, and changed the nickname to “Gold.” An intensely negative reaction by students, faculty, alumni, and fans led to a vote that restored “Golden Eagles” in June 2005.

Since the mascot had replaced the beloved “Warriors” name in 1994, the Golden Eagle mascot has often been derided as a monument to political correctness. As a result, the Golden Eagle is frequently referred to such things as the “Chicken Hawk” and “Sam the Eagle” due to his remarkable resemblance to Sam the Eagle from the muppets. 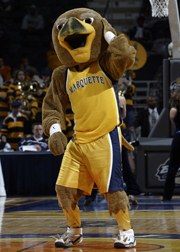 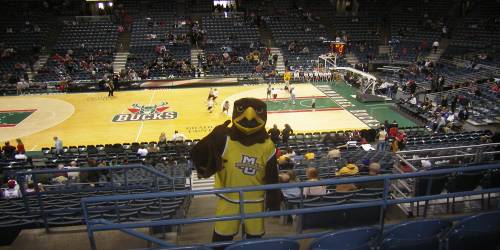