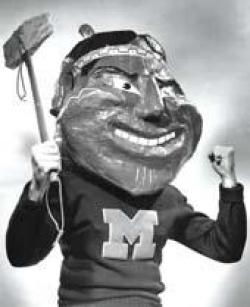 Bill Schatz, formerly of Watertown, is pictured wearing the Willie Wampum costume when the Marquette University Warriors mascot made its debut at a basketball game in 1961. (Milwaukee Journal Sentinel archives) Willie Wampum reigned at Marquette University basketball games for 10 years before the Warriors mascot was dumped because it was deemed insulting to native American Indians.

The cartoonish mascot's demise was the Milwaukee school's first wave of a swing toward a more neutral nickname that would not offend any ethnic group. The Warriors nickname itself sunk in a later wave amid a storm of protest that is slowly settling.

The Warriors mascot lost his job in 1971 after the Student Senate requested that the administration retire the Willie Wampum character. The Warriors nickname had been in place since 1954, but met the same fate as Willie for the same reasons in 1993, when Marquette's nickname was changed to Golden Eagles despite protests from students and alumni.

The hoopla about the name change from Warriors to Golden Eagles has calmed down a bit, now that a survey of students and alumni taken in spring reaffirmed that the Golden Eagles name was the best choice, although the options did not include the popular Warriors choice.

Willie's put-down came as a surprise to two former Watertown residents who had significant input in getting Willie on the basketball floor. Bill Schatz and his sister, Mary Ann Schatz Loucks, have always been proud of the way they teamed up to raise the spirit level at Marquette athletic events.

The Marquette Tribune reported on Oct. 28, 1960, that the Student Senate passed a motion to form a committee for a Warrior caricature. In February 1961, the name of Willie Wampum came from a student who won $5 in a “Name the Warrior” contest. Willie made his first appearance at a Marquette basketball game Feb. 24, 1961, with Schatz holding up the large brown smiling head.

Loucks, a 1949 graduate of Watertown High School who now hails from Whitefish Bay, was a newlywed with a degree in art from Mount Mary when her brother solicited her help.

She said, “My brother was a cheerleader at Marquette and he thought people needed more spirit so he asked me to bid on making the head for the mascot. The basketball team did not have a mascot, and costumes were expensive to buy because most came from Europe. The cartoonish face was supposed to create interest. My vision came from the Milwaukee Braves mascot. I got the bid and I don't remember even making a drawing. Nothing that I recall was ever submitted to the university for approval. I don't remember it being that big a deal. I just did it with the help of my husband, David, and friends. It was basically freebies and none of us went to Marquette. I hung a huge balloon in our kitchen and covered it with paper mache. I added the features and we took it to a chemical company. Fiberglas was layered on, and then we pulled out the paper mache. A guy we knew at an industrial paint company painted on the face. It was fired and the paint became permanent. Bill wanted a tomahawk as a prop, so my husband made one for Bill to carry.”

“I was the first one to wear the head. I have no idea of the cost, but the head was made first, and then named through a contest,” said Schatz, a 1956 graduate of Watertown High School who was a cheerleader at Marquette for four years and captain for the last two years. He wore the head as a senior, graduating in 1961 with a double major in mechanical engineering and business administration. “At that time, we thought a caricature was appropriate. Wisconsin had a badger and we wanted a mascot too.”

The Willie Wampum/Schatz debut was greeted with a bit of fanfare with photos in the former Milwaukee Journal and also in the university's student newspaper. Schatz was pictured wearing the head, along with a dark navy jersey with a large “M” emblem and white pants.

He wore the costume at games all year, not because of his previous input, but by default. “It was very heavy and I lost three pounds every time I wore it because of its weight. It was large and unwieldy to balance. It had holes in the front for vision, but there was no air circulation. There were straps over my shoulders and back to hold it in place. I was a natural fit because it needed someone of good size.” said Schatz in a phone conversation from his home in Mill Creek, Wash. He added, “ I think my sister submitted the only bid. She and my brother-in-law did a darn good job because it roused the crowds at basketball games.”

The “offensive” Willie Wampum was followed up from 1980 to 1987 by First Warrior, worn by students of Indian heritage, and also by Bleuteaux, a sort of French-looking moppet, from 1984 to 1990. First Warrior was retired because no native Americans were willing to don the costume. The lackluster popularity of mascots that represented Marquette's nickname was a factor in dropping the Warriors name and logo in October 1993. The current Golden Eagle mascot nearly met the same fate after the university changed the school's nickname to Gold for a very short time in May before falling back on the Golden Eagles moniker.

Neither Loucks or Schatz could come up with a picture of Willie Wampum, but a black and white photo of Schatz depicting the mascot in 1961 was supplied by the Milwaukee Journal Sentinel photo desk from its archives.

Marquette University refuses to distribute any photos of Willie Wampum from its archives “since the mascot is no longer in use,” said Anne Broeker, senior media relations specialist, following an e-mail request.

The costume itself may also be buried in its archives. “My mother tried to get it back but they would not release it,” said Schatz.

“It's around someplace because you can't destroy fiberglass. It would take a long time to disintegrate in a landfill,” said Loucks. “Willie lives on but we don't know where.” 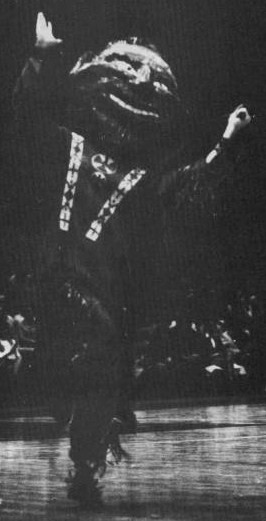 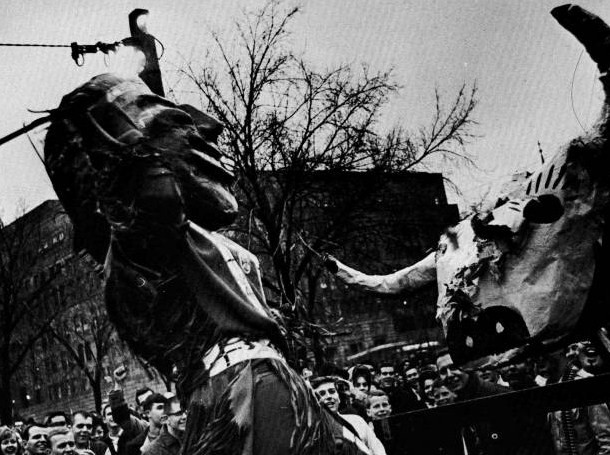 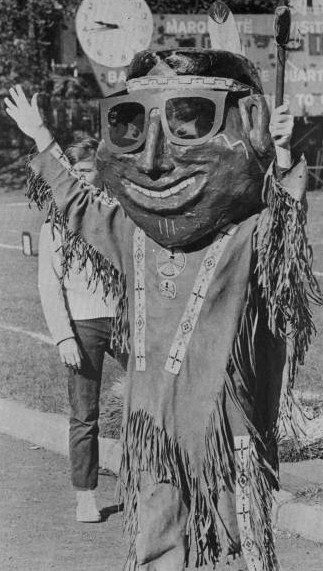 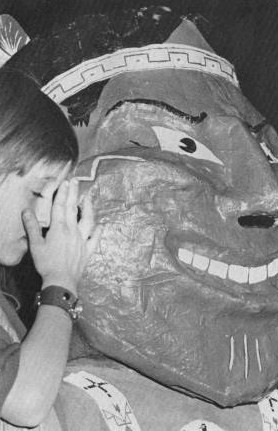 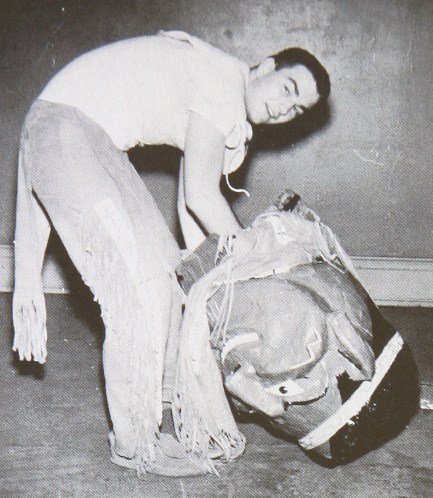 The Beginning of the End of Willie Wampum (And Eventually, The Warrior)

Early in 1971, Fr. James Groppi, in a TV discussion, declared that the Indian mascot was offensive and degrading. Indian students on campus rallied, demanding that Willie be ousted. Student and public reaction was quick and surprising. The vast majority were in favor of retaining Willie. The ASMU reacted otherwise. After heated debate, the senate recommended that Willie be retired. It felt it had a duty to protect the rights and wishes of minority students.

Students, however, did not agree. They claimed that the ASMU as a representative body should reflect the majority's wishes and keep Willie. But the CSL also recommended that Willie be ousted, adding that “depicting of people in a derogatory manner is inappropriate to a Christian university.”

The question was- who had the power to depose Willie? The students, administration or alumni? Willie was started by students in 1961 and while students and alumni were in favor of retaining him, decision-making bodies were not. After the 1970-71 basketball season ended, Dr. James Scott, vice president for student affairs, made the final decision- scrub Willie. The ASMU was directed to select a new mascot, unoffensive to anyone.

Willie served us well, inciting the fans and the team on to victory, but as our country moved into the 1970s, we became more aware of the feelings of others. Willie was offensive to some Indians and Marquette did their best to retire him gracefully. The picture to the right is from 1973 and shows the revised version of the Warrior mascot, which still included a tomahawk, but featured a much smaller, more respectful caricature of a Native American head.