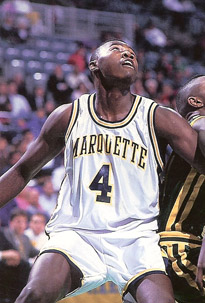 Streater was a late-bloomer, averaging 17 points and five rebounds as a junior on Lincoln's junior varsity squad. As a senior, Streater averaged 7.3 points and eight rebounds and three blocks as the sixth man on the varsity squad (six of Dwaine's teammates earned scholarships at Division 1 schools). Streater logged career highs of 13 points and 17 rebounds in one game as a senior. he also registered 15 or more rebounds five times and had seven blocked shots twice.

Coach Kevin O'Neill on Streater- “Dwaine is a guy who, with a year of experience against our veterans, will improve 100%. He is a good athlete, who runs the floor well and plays very hard.”

Coach Kevin O'Neill on Streater- “Dwaine can help us improve as a team by working hard daily in practice. We're not certain how much he'll help us in his sophomore season. We're looking for improvement over last year.” 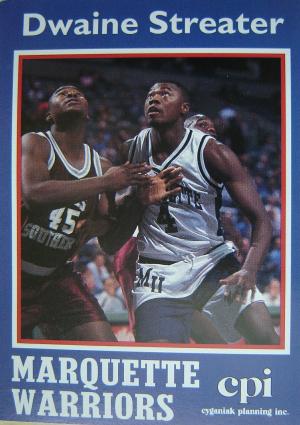