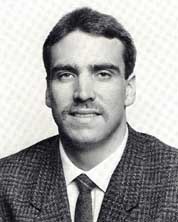 Mike played for Tony Fiore from 1980-84. He scored 1,566 points, including 616 as a senior. Averaged 32.8 points and 21 rebounds per game as a senior. “The best player I’ve seen up in this area was Mike Flory,” said Ted Voigt, coach at Lakeland. “He’d grab a rebound and go coast-to-coast on the dribble. He could post up, shoot it.” AP all-state and UPI second team as a senior. AP fourth team as a junior.Milwaukee Journal Sentinel Article

He signed to play at the University of Colorado.

Mike attended the University of Colorado as a freshman, where he averaged six points and 5.3 rebounds in a part-time starting role. After playing his freshman year at Colorado, Flory transferred to Ellsworth Community College in Iowa Falls, Iowa. He then transferred to Marquette and played for two years.

Flory led the team in three point shots, making 48 of 110 for a percentage of .436. He started 26 games and averaged 12.9 points, with a career-high 29 points in MU's win over Evansville. In that game, he was perfect from the foul line (10-10), which tied the school record for free-throw percentage in a single game.

Mike decided to take a redshirt year, to improve his academics. The Warriors were looking forward to his return the following season, when they heard news that on Mother's Day 1988, Mike was involved in a car crash, when his car was struck head-on when an oncoming vehicle crossed the center line. Mike suffered a fractured right ankle and foot, a broken left wrist and facial lacerations. He underwest surgery and recovered in time for the 1988-89 season. 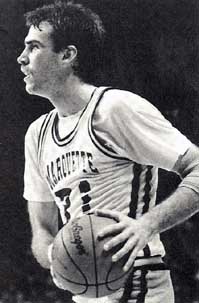 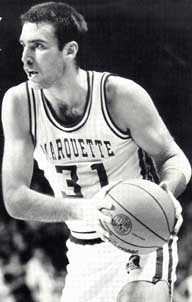