Shane was a three-year starter at the Bradwell Institute and finished 10th on the school's all-time scoring list. He was named the team MVP after his sophomore season and averaged 15 points, six rebounds, six assists and four steals during the 1992-92 season. The Tigers went 14-13 that season, advancing to the AAAA regional finals, before losing to Georgia's top-ranked prep team. Littles scored 29 points, including 11-12 from the field in Bradwell's final regular season game. He was a two-time recipient of the Tigers' Leadership Award and co-MVP of the Coastal Empire AAU team from Savannah. He led that team in scoring with 26 points per game.

Littles was not only a member of the Blue Chip All American All-Star team and the Atlanta Superstars All-Star teams, but he was the camp MVP which included such stars as Ray Allen, Jerry Stackhouse, Jeff Capel, Albert White, Jeff Sheppard, and Rasheed Wallace. Shane was named Mr. Bradwell Institute of 1992-93 and received the Mr. Future Business Leader of America Award for Region 3-AAAA in Georgia.

Coach Kevin O'Neill on Littles- “Kenynon's an outstanding athlete, who needs to refine his skills to become capable of playing both guard spots. We feel that he can become a great defender and has some good days ahead of him at Marquette.”

However, Littles was dismissed from the team for violating “unspecified” team rules in 1994 and decided to transfer to Armstrong Atlantic State University the same year to finish out his basketball career.

After graduating from AASU, he went on to play in several pro-am organizations and summer pro-leagues, including the Fila Summer Pro league in which Shane was the leading scorer (avg. 29.9 point per game) and 2nd in rebounds with 7.8 per game. He is now a business owner in Atlanta, Ga. 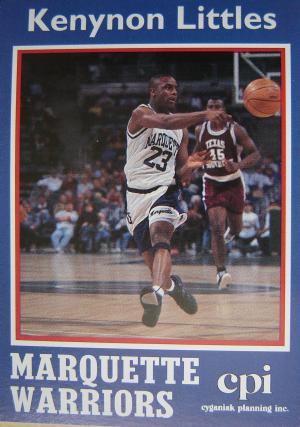 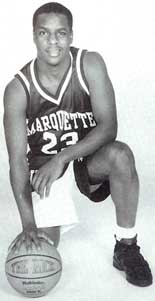 Littles is the eldest son of John and Margie Littles' three children. He was a business major.