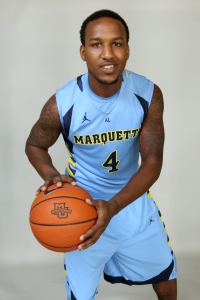 Helped Notre Dame Prep to the National Prep Championship game in 2010-11 … Averaged 22.0 points and 6.0 assists per game … In the three outings at the national tournament, averaged 28.3 points per contest to lead all players … The team posted an overall record of 33-4 … Was ranked among the top-10 players in the region … Played at Germantown High School in Tennessee in 2009-10 and at rival Houston High School as a junior in 2008-09 … As a sophomore in 2007-08, averaged 22.6 points per game and shot 47.0 percent from the floor at South Point High School in Ohio … Led the Pointers to an undefeated 20-0 overall record in the regular season and the program's first Ohio Valley Conference title since 1990 … Played football as a freshman in high school before focusing on basketball.