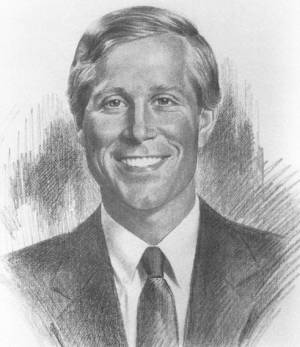 Prior to coming to Marquette, Dukiet coached at St. Peter's from 1979-1986 and had a record of 135-64 (67.8%). He was an assistant coach at Montclair State College, Dartmouth and Princeton before going to St. Peter's.

“Whitey” was an All-American, all-state, and all-county at Livingston High (NJ).

Dukiet came to Marquette highly recommended. A few of those who contacted Hank Raymonds (MU's AD at the time) were Hubie Brown of the New York Knicks, Billy Packer of CBS, and Jud Heathcote of Michigan State.

Billy Packer on Bob Dukiet- “I think the people (in Milwaukee) are going to fall in love with him. He's one of the quality young coaches in America. I was happy to recommend him for the job.”

Dick Vitale on Bob Dukiet- “Marquette has made a tremendous choice. Bob Dukiet is one of my favorite people. he is an excellent communicator and the alumni, players and fans will love his personality.” 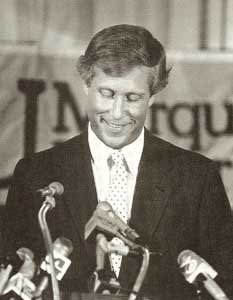