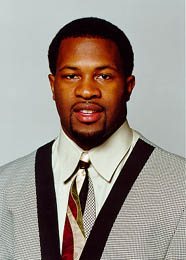 Led St. Catherine to the private schools basketball state titles as a junior and senior … Earned all-state honors and was the Racine County Player of the Year during his senior campaign … Averaged 18.3 points, 5 rebounds and 5 assists as a senior … The Metro Conference Player of the Year a a senior … A two-time All-Metro Conference honoree … High school basketball coach was Bob Letsch … Named the Racine County soccer player of the year as a junior … A four-time all-conference selection in soccer … Had 115 goals and 49 assists in his prep career … A graduate of the same high school that produced Marquette All-Americans Jim Chones and Jim McIlvaine.

The East Coast Conference Co-Rookie of the Year in 1993-94 … Averaged 13.6 points and 5.6 assists … Had 20 double-figure scoring games and scored 20 or more points six times … Scored 24 points and had eight assists in upset of Arizona State … A member of the preseason All-Mid-Continent Conference team … Played two games in 1994-95 before suffering a stress fracture in his right foot.

Has played in all 30 games, coming off the bench 29 times and making one start … Averaging 5.5 points and 5.3 assists in his last six games … Has made 17 of his last 18 free throws in a span of four games … Has made a three-pointer in eight games … Scored a career-high 13 points and tied a career high with four rebounds against DePaul (March 5) … Grabbed a season high four rebounds in win over Wisconsin (Dec. 31) … Had season highs of 30 minutes, eight assists and five steals in win over Cincinnati (March 7) … Made his first start of the season against UNC Charlotte in the C-USA Championship game (March 8) and had three points and four assists.

Played on Marquette's soccer team after transferring from Northeastern Illinois … Appeared in 14 contests and registered seven shots on goal … Scored his only goal of the season against San Diego State … Also had one assist … Was featured in College Sports magazine in October, 1996 for his dual sport prowess. Son of Bill West and Lois Howze … Birthdate is April 19, 1975 … Majors in communications.