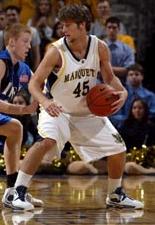 Berkowitz was considered a hot import after his performance in the Under-18 European Championships where he averaged 14.4 points, 1.8 assists and 2.1 steals per game. He also shot 49.2% from the field, 53.8% from beyond the arc, and 81.0% from the line.

After receiving interest from DePaul, Rutgers, Georgetown and New Orleans, Berkowitz received an Israeli home visit from assistant coach, Jeff Strohm, and then signed with Marquette in September 2004. Marquette recruited Berkowitz to bolster a weakened point guard position after Karon Bradley had transferred to Wichita State before the start of the season and Brandon Bell (who would later transfer in February) floundered at backing up Travis Diener (who would later suffer a season-ending injury in February as well). In order to sign with Marquette, Berkowitz had to put off his military duty with the Israeli armed forces. By signing, he and his father, Mickey, became the first Israeli father-son tandem to play NCAA men's basketball.

Berkowitz did not see action until December because he needed to take the ACT or SAT to become truly eligible. Despite only two full practices under his belt, his first game was against Nebraska. In that game, he scored his first point (a free throw) as well as logging his first assist and steal.

Being away from family made him homesick (a thigh bruise injury which limited his playing time also didn't help). He would return to Israel in mid-February. Berkowitz only appeared in 7 games.

Though he was eligible for the 2005 NBA Draft, Berkowitz was not selected and is now playing in the Israeli pro league. He used to play for Ramat Hasharon and Maccabi Elite Tel-Aviv. He now plays for Hapoel Holon, an Israeli National League team. 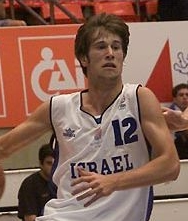 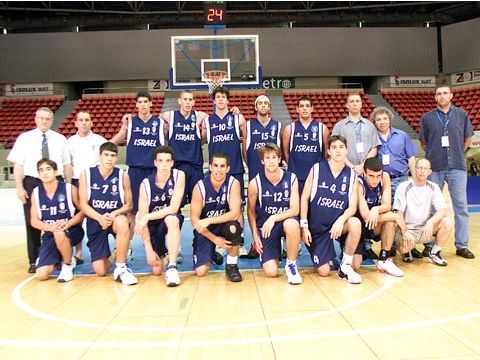