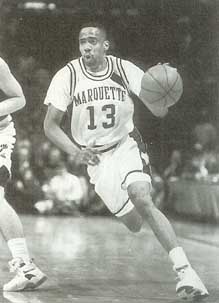 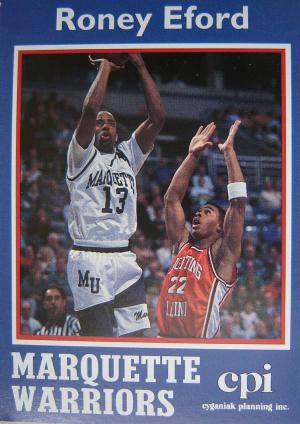 The Wonders were bought and the name changed to the Brooklyn Comets, where Eford became the Head Coach. ===== Personal ===== Roney earned All-New England honors in cross country as a prepster. Eford was also a two-year member of the honor roll and three-year member of the academic performance list in high school. He graduated from Marquette with a Pre-Law degree. One of Audrey Fields' four children. Worked in the office of Sen. Herb Kohl, summer of 1994. ===== Links ===== Catching up with Roney Eford article Roney's Foundation