Al McGuire (born September 7, 1928 in New York City - died January 26, 2001 in Milwaukee, Wisconsin) coached the Marquette University men's basketball team from 1964 to 1977. He compiled impressive numbers throughout his coaching career, resulting in his induction to the Basketball Hall of Fame in 1992, and was also well known for his colorful personality. 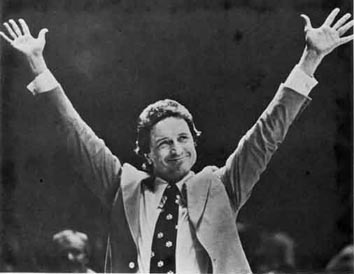 McGuire was born poor, the son of an Irish immigrant saloonkeeper. He played three years of basketball at St. John's Prep., Queens, New York (graduated 1947), and went on to star at St. John's University (1947-1951), where he played for four years and captained the 1951 team that posted a 26-5 mark and finished third in the NIT.

After college, McGuire played in the NBA, first with the New York Knicks (1951-52) and then with the Baltimore Bullets (1954). While with the Knicks, he once famously pleaded with his coach for playing time, with this guarantee: “I can stop (Bob) Cousy.” Inserted into the lineup, McGuire proceeded to foul Cousy on his next six trips down the court.

McGuire began his illustrious coaching career as an assistant to Alvin “Doggie” Julian at Dartmouth College (1955-1957). He then took his first head coaching job at Belmont Abbey College (1957-1964), where he wooed high school players off the streets of New York by showing them a picture of the quad at Duke and telling them it was really Belmont Abbey.

In April, 1964, McGuire was selected from over 30 applicants for the job of coaching basketball at Marquette, replacing Eddie Hickey. Belmont Abbey Cage Coach to Marquette, St. Petersburg Times, April 12, 1964

McGuire persuaded the then resigned assistant coach, Hank Raymonds, to return. The two began an extensive recruiting program, which got eight freshmen in their first year; two of them were from McGuire's native New York. McGuire and Raymonds did such a fine recruiting job that the freshmen defeated the varsity, 70-66, to “spoil” McGuire's Marquette coaching debut.

Success did come in remarkable fashion, including the NIT Championship in 1970 and a Final Four appearance in 1974. McGuire led the Warriors to the university's only NCAA basketball championship in 1977, his final season as a head coach. When McGuire left Marquette, the school's NCAA tournament record was tied with North Carolina for third all-time at 23-13, behind only UCLA (52-12) and Kentucky (37-21).

After retiring from coaching, he became a popular commentator for NBC Sports and CBS Sports.

McGuire died after a long bout with leukemia on January 26, 2001, aged 72, in Milwaukee, Wisconsin.

The Al McGuire Center, which includes a statue in his honor, opened on the Marquette campus in 2004.

Al McGuire's former television broadcast partner and friend, Dick Enberg, penned a one-man theatrical play entitled “McGuire”. It debuted at Marquette University's Helfaer Theater in 2005. There may be plans to take the show on the road, as it drew positive reviews as an accurate portrayal of the eccentric coach. 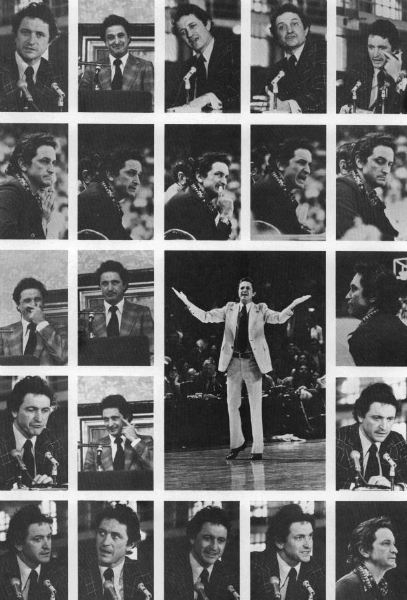