Joe graduated from Marist High School in Atlanta, Georgia, but played his prep ball at Ralph J. Bunche, in Canton, Georgia, where he was the leading scorer and rebounder on a team that lost only one game in his junior year. Eddie Mathews and Al McGuire were neighbors in Brookfield and the Atlanta Braves third baseman helped Al recruit Thomas. Thomas didn't play his senior year, because of transferring schools, yet he was still a highly-coveted recruit.

He was named Marquette's team captain during the 1969-70 season. 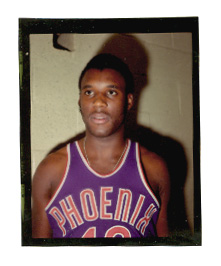