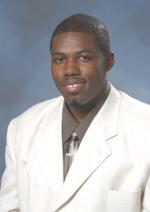 Came off the bench in all MU 33 contests and averaged 15.5 minutes per contest … 19-minute stints vs. Holy Cross (Mar. 20) and Missouri (Mar. 22) in NCAA Tournament … Tied his career best with seven rebounds and chipped in four points vs. UAB (Mar. 13) … Five rebounds in 20 minutes at Louisville (Feb. 27) tied his second-highest total of the year … Four rebounds and and two points against Charlotte (Feb. 20) in 13 minutes … Sank all three of his field goal attempts and finished with a season-high tying eight points vs. Louisville (Feb. 15) while playing 24 minutes, his second-longest outing of the year … Finished with five points and three rebounds in 17 minutes of action vs. Cincinnati (Feb. 1) … Three boards in a season-high 25 minutes vs. Charlotte (Jan. 18) … Led the team in rebounding with a then career-high seven rebounds vs. South Florida (Jan. 11) while chipping in seven points … Came through with his second straight six-point performance vs. East Carolina (Dec. 30) while playing 21 minutes … Six points and five rebounds vs. Grambling (Dec. 28) … No. 4 on the team with 34 offensive boards and had at least one carom on the offensive glass in 23 games … 17 minutes worth of action and grabbed five boards vs. Appalachian State (Dec. 7) … Went two-of-two from the floor and sank a career-high tying four three throws en route to eight points vs. Coppin State (Nov. 22) … Five rebounds in the season opener vs. Villanova (Nov. 15) … Scored in 24 and has rebounds in 31 contests this year. 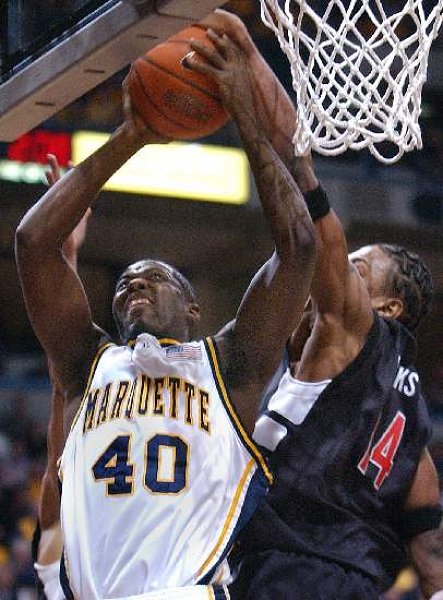 Concluded the year seeing action in all 33 MU games … Played in all three contests of the C-USA Tournament and registered two points and two rebounds in 11 minutes vs. Cincinnati (Mar. 9) … Made his first career start in the DePaul game (Mar. 1) and grabbed a then career-best five rebounds while playing a season-long 23 minutes … 15-minute stint and he responded with four points and three rebounds at Southern Miss (Feb. 9) … Had rebounds to his credit in 14 of his last 17 appearances … Played 15 minutes and came away with his second straight four-rebound effort at Tulane (Jan. 29) … Four rebounds at Saint Louis (Jan. 26) and sank both of his field goal attempts en route to his second straight five-point game … Hit both field goal attempts and registered five points off the bench in six minutes against TCU (Jan. 23) … Productive outing during a 22-minute stint vs. Morris Brown (Jan. 2), connecting on all three field goal attempts while finishing with eight points (second-highest total of the year) … Also came up with two steals and two assists against MBC … 19 minutes vs. Sam Houston State – 5 pts., 3 rebs. … Scored in 22 and had rebounds in 26 outings … Snared three rebounds in Alaska Shootout games vs. Tennessee and Gonzaga … Hit three-of-four from the floor and both free throw attempts and tied his career high with nine points vs. Chicago State (Nov. 18).

Earned his first varsity letter after playing in 15 games … Was slowed early in the year with a case of mono … Played a season-long 27 minutes vs. Charlotte (3/3) and totaled season-high nine points, going four-of-four from the field, while tying his season high with four boards … Had a blocked shot in each game of the C-USA Tournament … Sank both of his field goal attempts in five minutes and totaled four points vs. Tulane (1/27) … Four points, one block and one steal vs. Saint Louis (2/11) … Hit a three-pointer vs. Southern Miss (1/30) … 20 minutes in season opener vs. S. Alabama and scored four points while grabbing three rebounds … 11 minutes vs. N. Carolina and grabbed four boards.

Came to Marquette from the Hargrave Military Academy in Virginia where he averaged 15 points and 8.0 rebounds per game in 1999-2000 … HoopScoop had him ranked No. 7 in the country in that publication's Post Graduate rankings … Midwest Hoops had him ranked as the No. 24 power forward in the country … USA Recruiting had him ranked as the No. 22 incoming freshmen nationally … Attended Vincent High School in Milwaukee where he helped that team to 79 victories and two state titles … Averaged 12.0 rebounds during his prep career … As a senior, he was an honorable mention pick to the Milwaukee Journal Sentinel/Wisconsin Basketball Coaches Association All-State Team … Was the No. 2 rebounder at the 1998 ABCD Adidas Camp … Recruiting USA had him slotted as the No. 4 power forward in the country … Picked Marquette over Virginia.