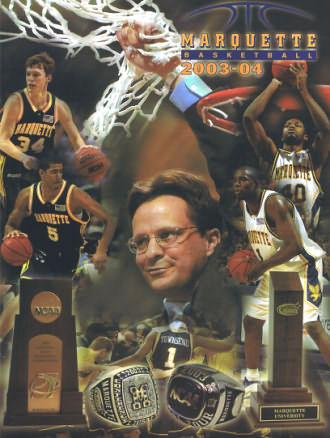 After their 2002-03 Final Four season, Dwyane Wade left early for the NBA and future NBA players Travis Diener and Steve Novak were left to lead the Warriors. They experienced a down year, becoming one of the few teams to make the Final Four one year, and miss the NCAAs entirely the next.

Despite losing Dwyane Wade and Robert Jackson, who accounted for 47% of Marquette's scoring and 38% of its rebounding in 2002-03, Crean guided the Golden Eagles to a 19-12 overall record and the quarterfinals of the National Invitation Tournament in 2003-04. The Golden Eagles postseason appearance was their 37th all-time.

The 2003-04 season saw Crean lead Marquette to its 26th-consecutive non-conference home win, a fifth-straight Pepsi Blue & Gold Classic Championship, the program's 1,300th victory all-time (a 65-52 victory at Houston on January 7) and, as a result of a 77-70 victory over Louisville on January 31, only its second victory ever on the road over a Top 5-ranked opponent. After opening the season ranked 23rd in the Associated Press and ESPN/USA Today polls, the Golden Eagles spent nine and ten weeks, respectively, ranked in both polls. Marquette played ranked teams six times this year, splitting the contests with three wins and three losses.

Marquette knocked off Toledo in the first round of the NIT and defeated Boise State in the second round. Boise State's Jermaine Blackburn managed to snag four steals, tying the Marquette record for most steals by an NIT opponent. Marquette then went on the road, where they were defeated at Iowa State. 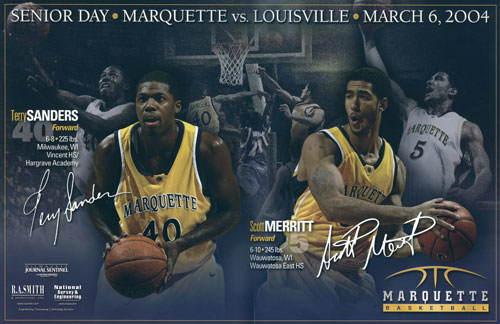 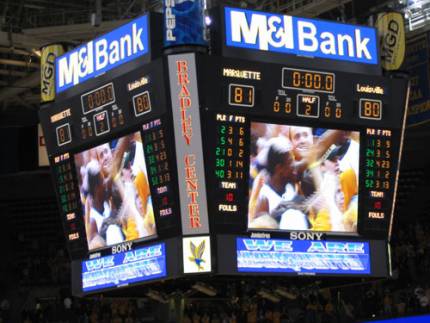