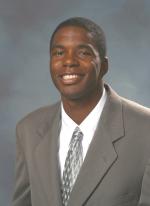 Came to the Marquette program after spending the 2000-01 season at New Hampton Prep School in New Hampshire … Helped his team to a record of 21-7 by averaging 16.0 points, 8.0 rebounds and 3.0 blocks per contest … Served as New Hampton's captain … Was ranked as the No. 51 fifth-year player by HoopScoop … Coached at New Hampton by Jamie Arsenault … As a high school player, he played three years at Morgan Park before playing his senior campaign at New Trier where he helped the Trevians to the Class AA quarterfinals … Averaged 13.0 points and 12.0 rebounds his senior year … Earned Special Mention Honors on the 1999-2000 Chicago Tribune All-State Team … Also claimed conference and area Player of the Year recognition … Played in the 2000 Wendy's All-Star Game which pitted Chicago and New York players and scored a team-best 15 points in helping the Chicago squad to a 93-72 win … Played for the outstanding Illinois Warriors AAU team … Picked Marquette over Villanova, Providence, Tulane, and South Carolina.


Marquette won 91 games during Townsend's four seasons as a player, as he received the Hank Raymonds Sportsmanship award, the Most Improved Player award and was a two-time Bart Miller Standard of Excellence award recipient. Townsend played 114 games for Marquette and started all 33 games during the team’s Final Four run in 2003. He was a tri-captain his senior season in 2005.

Played in 19 MU contests … Averaged 7.8 minutes per outing … Saw a three-minute stint against Tulsa in the NCAA Tournament (Mar. 14) where he came up with one steal … Turned in a productive nine-minute stint vs. DePaul (Jan. 19), recording a season-high two assists, two blocks and one steal … 12-minute outing vs. Morris Brown (Jan. 2) where he scored three points … Returned to the lineup against Wake Forest (Dec. 29) after missing the Arkansas-Pine Bluff (Dec. 19) and Wisconsin (Dec. 22) contests due to an ankle injury … Had started the four previous games prior to the Pine Bluff contest … Drew initial starting assignments in both games of the Blue & Gold Coca Cola Classic and was named to all-tournament team (10 ppg) … First career start came vs. Texas Southern and he responded with a season-high 11 pts. … Gave MU a boost off the bench vs. Tennessee with seven points and four rebounds … Two steals in eight minutes vs. Indiana … Six points and grabbed two rebounds in nine minutes vs. Chicago State.

Started all 33 MU games and averaged 25.5 minutes per outing … Ranked 13th among C-USA players in three-point field goal shooting with a 38.1 percent mark (37-of-97) … No. 3 on the squad in treys … 38.5 percent effort from beyond the arc (20-of-52) in league outings ranked him 11th … Had treys to his credit in 23 contests including eight performances of two or more … Notched double-figure scoring on seven occasions … Five-of-eight from the floor and finished with 13 points, then his third straight game in double digits, against Cincinnati (Feb. 1) … Went five-of-nine from the floor, including 3-of-6 from beyond the arc, en route to 13 points vs. East Carolina (Jan. 29) … Recorded career highs in both points (16) and assists (5) against Grambling (Dec. 28) … Hit a career-best four three-point field goals en route to 12 points vs. DePaul (Jan. 25) … Led the team in rebounding with five boards against Pittsburgh (Mar. 22) in NCAA Tournament second-round game … Shot 50 percent or better from the floor in 19 games … Enjoyed an exceptional six-game shooting stretch (Jan. 11-Feb. 1) where he connected on 60 percent of his field goal attempts (21-of-35) … Played 33 minutes vs. Wisconsin (Dec. 14) and totaled nine points, all of which came on three three-point field goals … Recorded a career-long 36 minute performance at Dayton (Dec. 30) and finished with 11 points, his third straight game of double figures, and five rebounds … Tied his then career best with three treys at Dayton … 14-point (second-highest career total), five-rebound performance at DePaul (Feb. 12) … 29 minutes at Notre Dame (Dec. 2) and totaled seven points and four assists … Played a then career-long 34 minutes at East Carolina (Dec. 30) and came through with 11 points (three treys) while posting a career-high six boards …Eight points and five rebounds (5) vs. Villanova (Nov. 15) in season opener.

Son of Denise Beloch … Joe and Kathy Schwaba serve as his legal guardians … Majored in education.

Townsend served as the director of Marquette’s basketball camps and organized the team's community service and outreach activities in addition to monitoring the academic success of the student-athletes.

After serving as Marquette's Director of Basketball Operations, Todd Townsend was named an assistant coach with the Northeastern University men's basketball team in 2007. 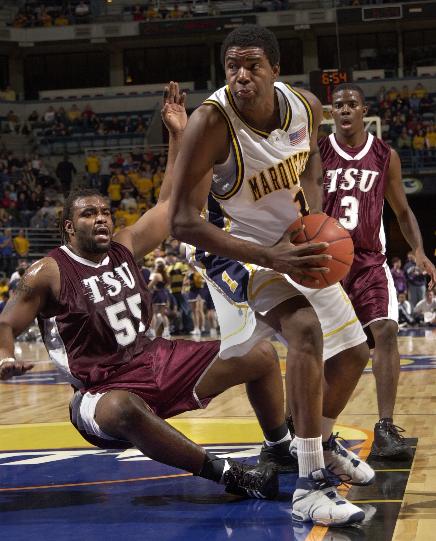 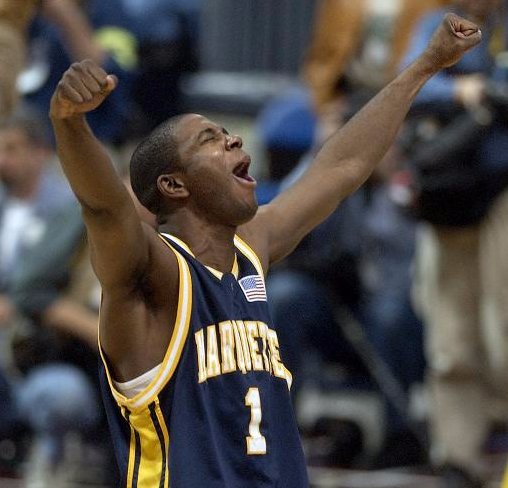 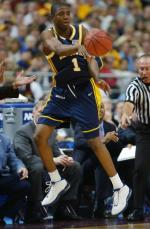 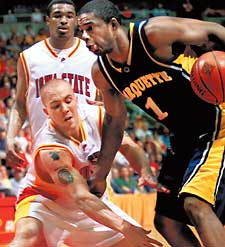