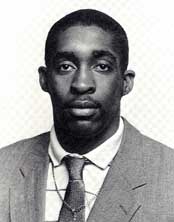 Powell was a three-year starter for Clyde Rusk at Washington, where he won two state championships (1985 & 1987). In the 1987 title game, Trevor scored 16 points, including a free throw that clinched the victory in the final three seconds. He finished his career with 1,333 career points, including 648 as a senior. He averaged 24 points, 8.9 rebounds and 3.6 blocked shots that year.

Marquette struggled during Powell's four-year career, but he excelled individually. He led the team in scoring during the 1988-89 season and finished ninth in scoring all-time at Marquette, with 1,571 points. As a four-year starter, he led Marquette in rebounding for four consecutive seasons, finishing seventh all-time with 765 boards. 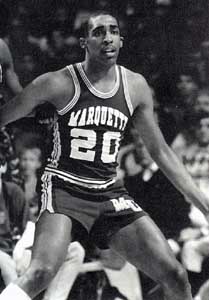 Trevor started 22 games and averaged 11.9 points per game during his freshman campaign, scoring a season-high 27 points against Canisius and pulling down 17 rebounds against Virginia Tech. Powell led the team in rebounding, field goal percentage and blocked shots and scored in double figures in 10 of the final 14 games.

Powell's dominance of Virginia Tech continued, as he scored 23 points and pulled down 11 boards against the Hokies. He also grabbed 11 rebounds against Rice and at Creighton.

Trevor equalled his career-high of 17 rebounds against UW-Madison.

Coach Kevin O'Neill- “We are looking for Trevor to give us a lot of leadership and have an oustanding senior year. He's had a great summer of working on the weights. He is coming into his own and wants to be a team leader. We are looking for someone to replace Tony Smith as the team leader and we think Trevor will do that. He has the ability to score inside and he has been a fixture there for three years.”

Trevor's nickname is “Stretch” and his favorite player and NBA team are Michael Jordan and the Bulls. His ideal vacation spot is Colorado, he enjoys music and his favorite food is a bacon cheeseburger. He feels his strength on the court is scoring and his top high school highlights were winning the state titles in 1985 and 1987. His parents are Tom and Barbara Powell and he was an Arts & Sciences major.