From 1954-1993, the symbol for Marquette University's intercollegiate teams “represented the spirit, dignity and strength of the name 'Warrior'.”

The following link is a perfect commentary on the ridiculousness of the turn away from “Warriors” by a university claiming to advocate consistency with Catholic tradition. 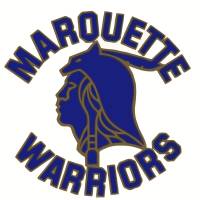 The Warriors nickname transcended several mascots, until finally going mascot-less from 1991 until 1993.

The name “The Warriors” was adopted by MU at the first meeting of the Student Senate on May 13, 1954, which ended a 20-year search and replaced the names Golden Avalanche and Hilltoppers, “neither of which was deemed suitable.”

The American Indian warrior was selected rather than a Spartan or Amazon warrior because the first inhabitants of the US were Indians, and secondly, because the name of the University was chosen to honor Fr. Jacques Marquette, SJ, who came into direct contact with American Indian tribes of this region during his explorations.

The name (rather than the Native American logo) was stripped away from an irate Marquette community in 1994 by then-University President Albert DiUlio, who inexplicably gave alums and students two options for a new name: Lightning and Golden Eagles. Where these choices came from is still a mystery worthy of an episode of CSI: Milwaukee.

The name Warriors, however, lives on among Marquette fans young and old. The “Warriors!” chant is still heard during Marquette games. 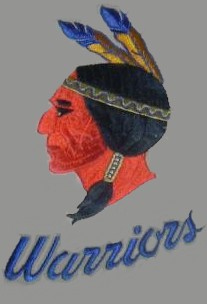 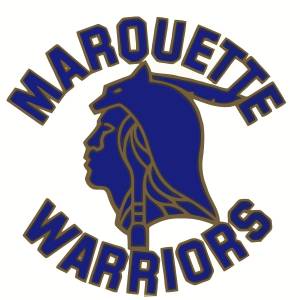 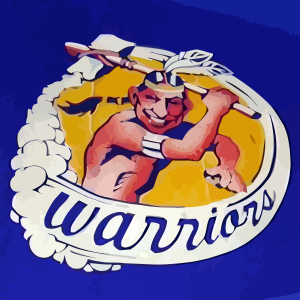 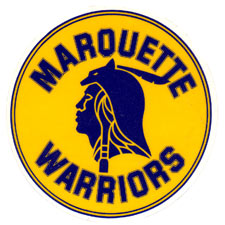 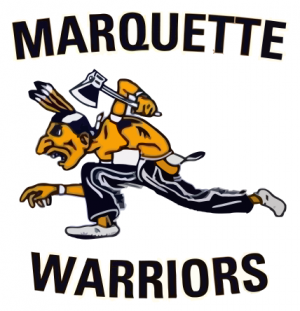