Averaged 19.1 points, 12.3 rebounds and 5.0 blocks per game as a senior at Brighton High School … Was coached by Dan Christner … Served as his team's captain as a junior and senior … Two-time Livingston County Player of the Year … Member of the 2002 Detroit News All-North Team … Third Team All-State as picked by the Detroit News … All-Kensington Valley Conference First-Team honoree on two occasions … Was chosen as the Class A Player of the Year by the Ann Arbor News … Concluded his prep career as the state of Michigan's fourth-leading all-time shot blocker … As a junior, he averaged 16.8 points and 11.4 rebounds en route to honorable mention all-state honors …Heading into his senior year, ESPN.com had him ranked among the top 20 centers in the nation … Chose Marquette after considering Boston College, Notre Dame, Ohio State, Stanford and Xavier … Was the first recruit from the state of Michigan during Tom Crean's tenure … Played AAU ball for the Michigan Mustangs … Attended the 2001 adidas ABCD Camp… Graduated high school with a GPA of 3.8.

Came off the bench to play in 24 games and averaged 9.0 minutes… Averaged 3.0 rebounds, 2.3 points, 16.3 minutes, shot 58.3 percent and was third on the team in offensive rebounds with 17 over the final nine games… Played 147 minutes in the team's final nine games; nearly 68.0 percent of his season total… 22 of his 35 rebounds were offensive (62.8 percent)… Posted back-to-back career-high eight-rebound games against Tulane (February 21) and South Florida (February 26)… Scored a career-high eight points in MU's NIT opening-round victory over Toledo on March 15… Had six points and a career-high eight rebounds in victory over Tulane on February 21… In the next game on February 26 against South Florida, recorded three points and tied his career-high with eight rebounds… Averaged 3.3 points, 2.3 rebounds and 13.7 minutes in MU's three NIT games.

Missed the team's final six games with a non-displaced fracture of his left elbow… Played in 24 games, making nine starts… Averaged a career-best 13.4 minutes… In his nine starts, averaged 18.0 minutes, 2.3 rebounds and 1.3 points… Played a career-high 26 minutes in the victory over No. 22 Wisconsin (Dec. 11)… Pulled down a season high five rebounds against Nebraska (Dec. 21)… Had four rebounds and two points in his first career start on Nov. 14 against W. Carolina… MU was 6-3 in games he started.

Played in 24 games, starting in one … In Grimm's last six outings he averaged 3.3 rebounds per game in 14.6 minutes per game … Saw limited action in Pepsi Blue & Gold Classic, suffering from the effects of a viral stomach flu … Recorded his first field goal of the season against Eastern Washington (Nov. 23) … Got back into the line up after not playing in two consecutive games and played a season high 10 minutes against South Dakota State (Dec. 3) … grabbed a season high two rebounds against South Dakota State … recorded season highs in points (4) and rebounds (4) at Wisconsin (Dec. 10) … Dished a season high two assists in two minutes of playing time against Oakland (Dec. 19) … Was perfect from the field converting both of his attempts good enough to match his season best four points against Lewis (Dec. 28) … also recorded four rebounds against Lewis … came off the bench to play five minutes, his most in seven games, at Seton Hall (Jan. 11) … Came off the bench to play a season high 11 minutes at DePaul (Jan. 17) and recorded his first block shot of the season … tallied Marquette's only second chance bucket of the first half and bench points after grabbing his lone offensive board of the game … Earned his first start of the season, 10th of his career, at Rutgers (Feb. 12) and totaled a season high 14 minutes … topped his season high number of minutes playing 15 against Georgetown (Feb. 16) … Matched his season high minutes total playing 15 against Pittsburgh (Feb. 18) … Went to the foul line for the third time this season making two of his three attempts from the line … Grabbed a season high four rebounds in back-to-back games against Pitt (Feb. 18) and at Notre Dame (Feb. 25) … Had another solid defensive effort off the bench at Louisville (March 1) grabbing a season best seven rebounds in a season high 23 minutes of play … made his second start of season, 11th for his career against Providence (March 4). 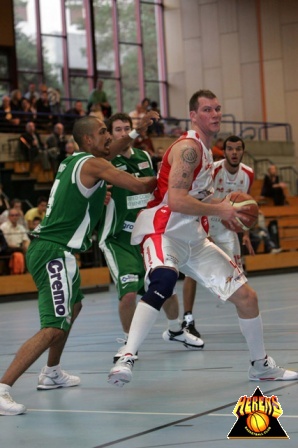 Grimm played with the Lugano Tigers of the Ligue Naionale de Basket (LNB) of Switzerland for the 2006-07 season.

Son of Keith and Kathy Grimm … Has three sisters, Krista, Lauren and Shawn

Favorite thing about being a part of Marquette Athletics: Playing with my teammates and being part of a great tradition
Any athletic superstitions: Call my parents and shower before I leave for the game and say a prayer during the national anthem.
Reason you chose Marquette: The family atmosphere and the dedication of the coaching staff
Athletic goals for the season: Win the BIG EAST and the National Championship
What’s your favorite professional sports team? Detroit Pistons
Who is your favorite athlete? Ben Wallace
What’s your favorite movie? Can't Hardly Wait\ What’s your favorite Milwaukee restaurant? Joey Buenos
Where are you most excited to play at? West Virginia
If you could play another college sport what would you play and why? Football or bowling
Where’s your favorite spot on campus? Humphrey Hall and Real Chili What do you like to do when you aren’t playing basketball? Listening to music or trying to learn to play the guitar
Who is your role model? My grandfather
What’s your shoe size? 13
If you could have a shoe endorsement who would the company be and why? Jordan because he has the nicest gear out and I wear it a lot already.
Who is your favorite former Marquette athlete? Terry Sanders
What’s your favorite class? Ancient Greek and Roman history
Who is your favorite professor? Dr. Tim McMahon
What’s your favorite tv show? Family Guy
What’s one comfort of home that you miss the most? My family
If you could eat one thing for the rest of your life what would it be? Pizza Shuttle
If you cook, what is the best meal that you make? cereal
If you could be on a reality tv show what would it be? Real World
What do you like to do in Milwaukee? Go to the lake in the summer and sit on the beach and in the winter it is to play basketball
Who is your favorite actor/actress? Actor- Denzel Washington Actress- Keira Knightly
What is your favorite store to shop at? Best Buy
What is your favorite piece of apparel that you own? My midnight madness shirt from freshman year
What animal best represents you and why? A wolf, ask Dan Fitzgerald why
Do you have any family members that play or have played a college sport? If so, what sports and where did they play? No.
What are you listening to right now? Ryan Cabrera
Dream vacation destination? Austria
If you had to say what you would be doing in five years right now, what would it be? Why? Settled down with a family and teaching in a high school as well as coaching somewhere in the midwest
If you were stranded on a deserted island and only had three things with you, what would they be and why? My I-pod to listen to music, The Bible to read, coconut juice powered cell phone to call someone to get me off the island.