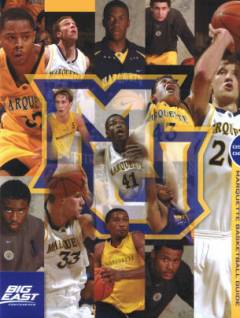 
In Marquette's inaugural season in the Big East, the Warriors were predicted to finish close to the bottom of the conference. They had good games, like the opener against 2nd-ranked UConn, where Steve Novak poured in 41 points to smoke the Huskies in MU's first Big East matchup. They also had bad games, including the January 7th 70-66 loss to Cincinnati, where Eric Hicks set Bradley Center and MU opponent records for blocked shots in a game (10) and Cincinnati set a team record in that category with 18 rejections (7th most in NCAA History). They also had a few ugly games, including the 104-85 loss at 15th-ranked West Virginia. The 20 three-point field goals WVU hit in that game tied them for 20th all-time in NCAA History.

They played seven games against ranked opponents during the season, winning three contests and losing four. They ended the Big East season 10-6, which earned them a surprising fourth place finish in the Big East and a first-round bye in the Big East Tournament. Unfortunately, they went one and done in the BET vs. #16 Georgetown, then one and done in the NCAAs vs. Alabama in Novak's last NCAA game. Novak's three-point prowess helped set a new team mark for three-pointers made in a single season (263). 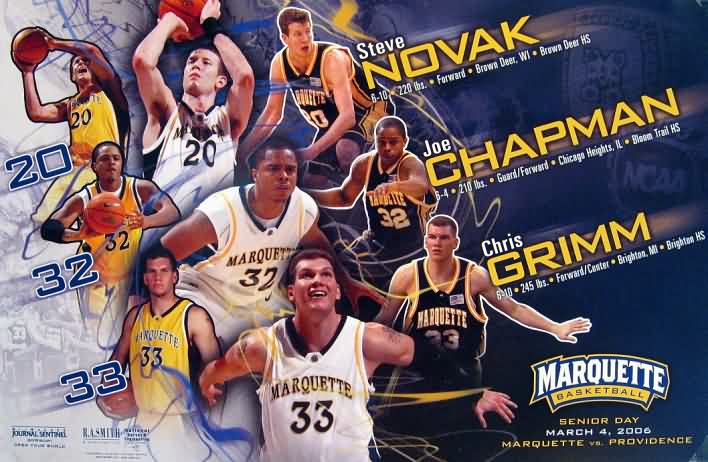