Notre Dame's 71-69 victory over Marquette on January 13th ended an 81-game home winning streak, fifth all-time in NCAA history. On January 26th, Marquette was perfect from the foul line (15-15), setting a school record for free throw percentage in their win over Loyola (IL). They finished the season with a win in the regional third place game of the NCAA Tournament. The Warriors were ranked fourth in the final UPI poll and fifth in the final AP poll. They held opponents to an average of 61 points per game, which ranked seventh nationally. 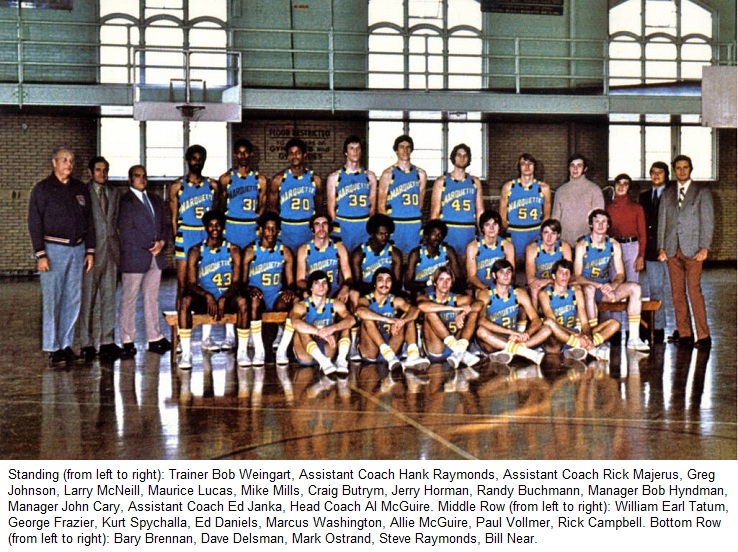