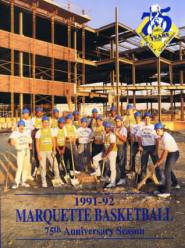 The 1991-92 season marked a turning point for Marquette basketball, as Kevin O'Neill was able to guide Marquette to a winning record with a final mark of 16-13. Marquette played top-25 opponents five times, only managing one victory against DePaul. However, that was Marquette's first victory over a ranked opponent since January 28, 1984, ending a drought of 15 consecutive losses against ranked opponents over the previous eight years. 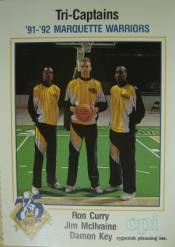