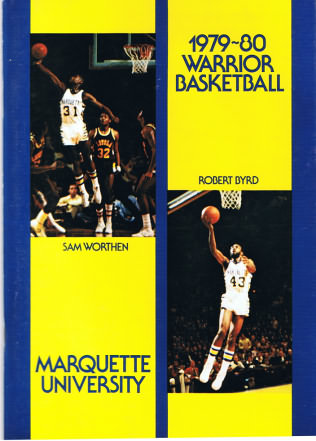 Marquette makes the NCAA's expanded field as a 9 seed.

The Warriors finished at 18 wins and 9 losses, breaking their string of 13 consecutive 20-victory seasons. But the 18 wins were good enough to secure their tenth consecutive NCAA bid. However, they lost to Villanova in the first round, 77-59.

Oliver Lee topped the scorers at 15.9 points per game, Robert Byrd was the top rebounder with 269, and Sam Worthen filled the role of playmaker, leading the team with 175 assists.

The highlight of the season may have occured in Madison as the Warriors took on Duke, one of the top-ranked teams in the country. Marquette rode a 12-7 record into the game, but to the astonishment of many, opened a 19-point lead, blew it, and still defeated the Blue Devils 80-77.