Winning the acclaim of sportswriters all over the country, the Warriors were voted the eighth-best team in the nation in the final Associated Press poll and ninth in the final UPI poll of the season. This accomplishment marked the first time that any Marquette team had ever reached the “top ten”.

Although criticized by rival coaches and sportswriters, Coach Nagle and Assistant Coach Bill Knapton defied tradition and devised an unorthodox 1-3-1 offense for the Warriors. This offensive pattern stationed the Warriors' biggest man, six-foot, eight-inch Terry Rand, in the high post position while Schulz roamed under the basket. It resulted in a new all-time scoring record of 2,273 points, topping the old mark of 1,965 points. Marquette averaged 84.2 points per game, an average that still has not been eclipsed more than 50 years later. They also made a record 983 trips to the foul line, knocking down 691 free throws, both records that stand to this day. 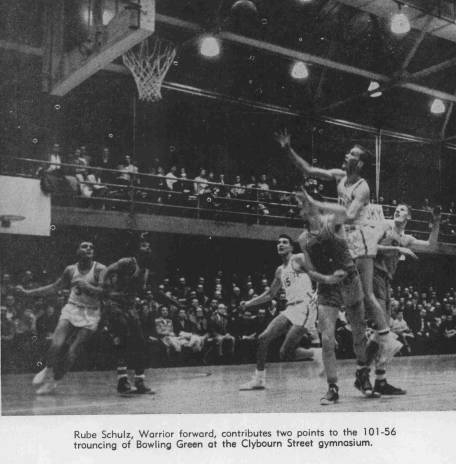