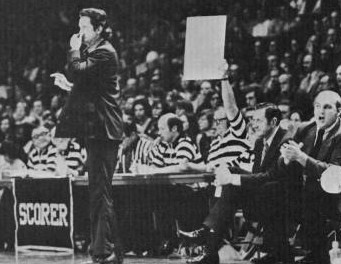 In a lot of ways, the 1974-75 season for the Warriors was like most others for the past decade under Al McGuire. The team won 20 or more games for the ninth time and MU got a bid to play in the post-season, which was no small accomplishment either.

The team that struggled to a 3-2 mark at the close of 1974, came out smoking in the new year with a sizzling 20-1 record the rest of the way. There was a lot of hope for this year's team prior to the season, because of the second place finish in the NCAA tournament a year ago. That was before Maurice Lucas decided to leave school early for the pros. Hometown boy, Jerry Homan was called on to fill the uniform vacated by Lucas.

Homan's tip-in against DePaul at the MECCA saved the day and a 25-point performance against his old team, Detroit, was very timely. Maurice (Bo) Ellis, a 6'9 sophomore is the best Marquette's had in years and he was their leader, averaging more than 16 points and 10.5 rebounds per game. Many MU faithful (including Al) were worried that Ellis might leave early and follow Lucas to the pros.

Lloyd Walton was given the role of floor leader and he took it on with all the brilliance of Patton. The shy kid from Kimberly Junior College came on like a gangbuster and assumed the role of team leader, traffic cop and father confessor. Lloyd averaged 15 points a game and dished out 159 assists.

Versatile swingman, Earl Tatum averaged 14 points and seven rebounds per game, while Walton's mate at guard was freshman, Butch Lee. Butch's best game was against Tulane, when he scored 18 points. The future of basketball looked bright indeed, especially if Ellis decided to stick around. Homan was the only starter leaving and Marquette landed an incoming recruit by the name of Jerome Whitehead, to help shore up the middle.

The Warriors' luck ran out when their size did, as MU lost to the Kentucky Wildcats, 76-54, in the NCAA Mideast Regional. “They were too physical for us, too strong,” said McGuire. “They were too tough on the boards. The way to beat us is to be physical. This is what Cincinnati, Louisville and Pittsburgh did to us earlier and this is what Kentucky did.”

Earl Tatum was the hottest Marquette player, hitting five of ten shots, before fouling out early in the second half. the Warriors missed him, as except for Tatum, they didn't possess much firepower in the game. Fouls were important, as Bo Ellis said afterwards, “When they got us in foul trouble, they were constantly sending big guys in and just hammering on us.” The Wildcats went on to win the national championship.

Marquette did set a school record for team free throw percentage (77.8%) on the season and held opponents to 62.2 points per game, fifth in the nation. 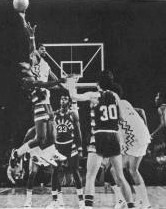 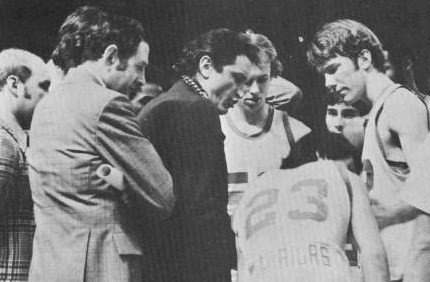 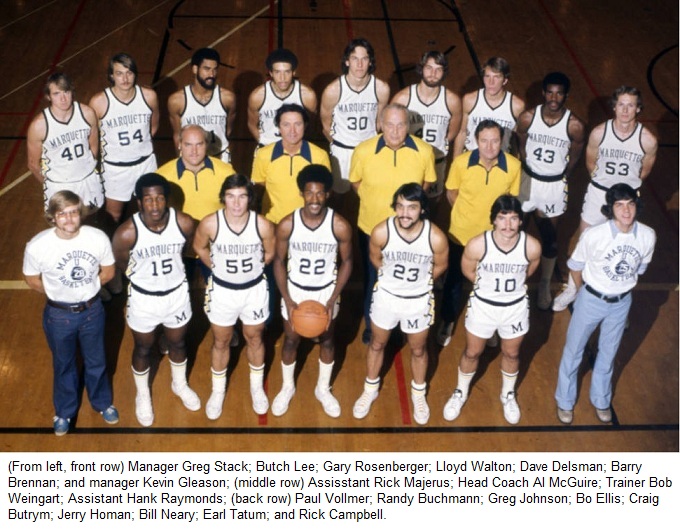