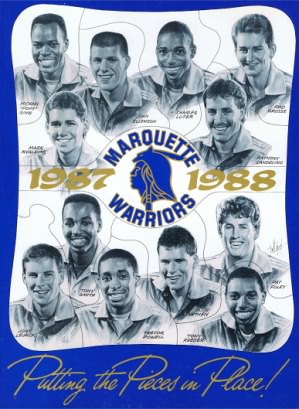 You have to turn back the pages of Marquette's rich basketball tradition a long way to find a season like 1987-88. A long way. Al McGuire was in his first season as head coach during the 1964-65 season when the Warriors went 8-18. After that, Marquette's basketball team had a winning record every year.

Until the 1987-88 season, when it all came to a crashing end under second-year head coach Bob Dukiet. Dukiet's Warriors struggled throughout the season and wound up losing their last six games and finished with a 10-18 record.

Distractions came from multiple directions. One of Marquette's recruits, Gerald Posey, a 6-foot 1-inch freshman, failed to meet the NCAA Proposition 48 requirements and wasn't allowed on the court. Posey was regarded as one of the top 75 high school players in the country. Soon after that, Michael Flory, decided he would redshirt the season. Flory said he needed to concentrate on his academics. Sophomore John Ellenson and freshman Rod Grosse both had conflicts with Dukiet. Michael Sims was arrested on battery charges (which were later dismissed). The charges caused him to miss one game and his missing the team plane for the Stetson game caused him to miss another. Meanwhile senior Tony Reeder was sidelined after he was injured in a car accident Dec. 30. Reeder suffered a fractured rib and a strained shoulder in the accident. Shortly after that he was declared academically ineligible. Another classroom casualty was freshman Joe Nethen, who was declared academically ineligible after the first semester classes.

The loss of Reeder and Nethen created a void in the team rebounding, which was a major problem for Marquette all season long. The Warriors had only one player over 6-foot-6 inches tall.

With all the bleak moments in the season, Marquette did have its standouts on the court. Pat Foley was perhaps the most consistent Warrior during the season, while Sims, despite his problems off the court, proved to be a team leader down the stretch. He led the Warriors in assists with 120. The Warriors also uncovered a gem in sophomore Tony Smith who led the team in scoring, averaging 13.1 points per game. Smith, like Foley was consistent during the year and proved to be a team leader with his soft-spoken yet physical play.

Another standout was freshman Trevor Powell who finished second on the team in scoring (11.9 per game) and first in rebounding (6.0 per game). Another freshman, Mark Anglavar, proved to be a versatile player with a deadly shooting touch. Other freshman included Charles Luter, an exceptional leaper that had several strong games and Anthony Candelino providing some spark off the bench with some gutsy play. On the baseline 6-foot 10-inch Rod Grosse got the start to begin the season but was replaced by fellow frosh Joe Nethen who provided more bulk and more rebounds down low. 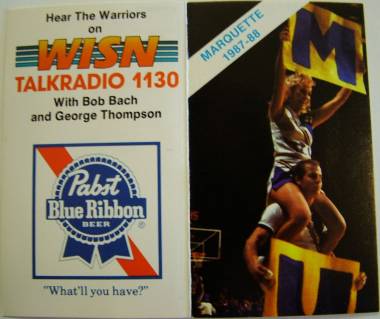 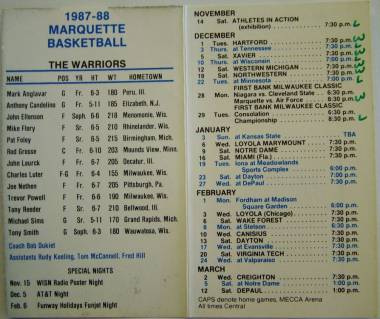 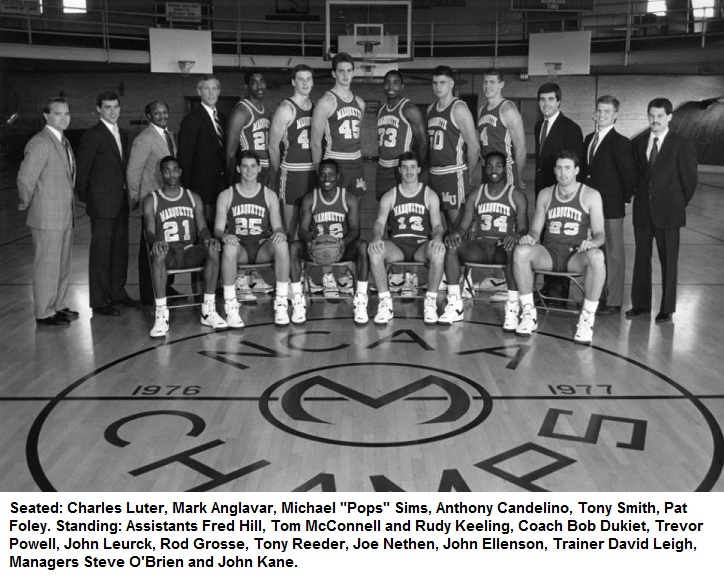