Among the new faces were junior college transfers Michael Davis and Benny Moore, along with freshmen Michael Sims, Tony Reeder and Pat Foley. However the most attention was focused on the junior transfer from DePaul, Walter Downing. The Warriors even had a new mascot, Blueteaux.

Some of the faces missing were 1983-84 scoring leader, Dwayne Johnson, who sat the year out because of academic problems, and Vic Lazzaretti and Lloyd Moore both of whom transfered. To compound matters, Coach Rick Majerus kicked forward Terry Reason off the team. Days later guard Richard McCormick quit the team claiming that he wasn't seeing enough playing time.

Despite early season problems, Marquette finished with an 20-11 record and played as a cohesive unit down the road when it really counted. The Warriors were consistently ranked high in the nation in field goal percentage, defense and scoring defense – all of which helped them earn an NIT bid. After beating Bradley at home and Cincinnati on the road, the Warriors went to Bloomington, Indiana to face Bobby Knight's Hoosiers.

Marquette tied school records for an NIT game, taking 74 shots and hitting 37 of them. Unfortunately, the Hoosiers set a few records of their own. Indiana's Stew Robinson dished out 14 of Indiana's 24 assists (both records for a MU opponent in the NIT) and the Hoosiers tied another MU opponent record with 32 field goals. Bobby Knight's crew also went 30 of 45 from the foul line (both high marks for a MU NIT opponent) and knocked off the Warriors 94-82 in a tough, double-overtime contest. Indiana wound up losing the NIT title to a UCLA squad led by a skinny kid named Reggie Miller. 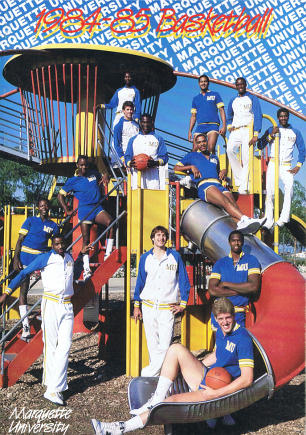 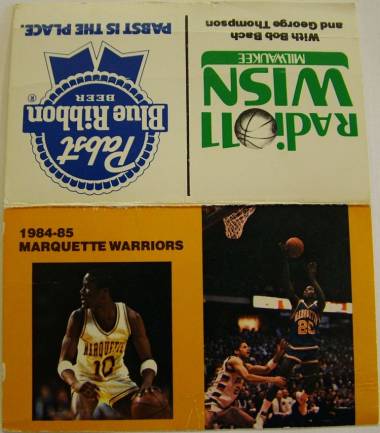 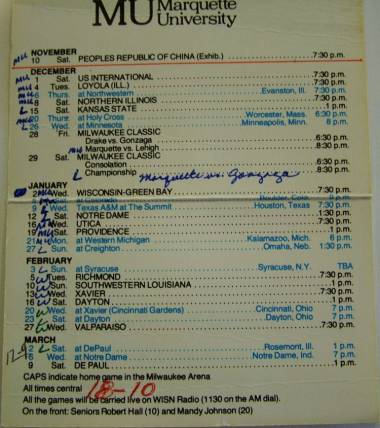