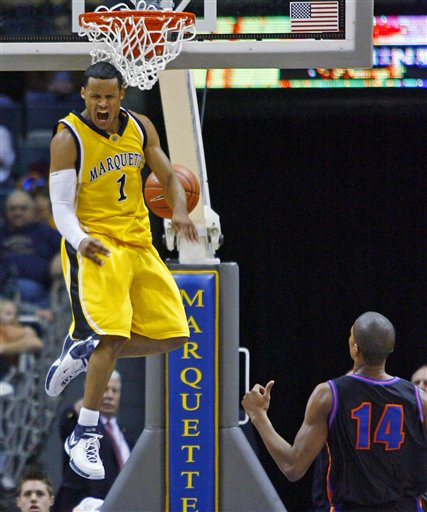 MILWAUKEE (AP) – Dominic James and Wesley Matthews each scored 22 points to lead No. 18 Marquette to a 69-51 victory over Savannah State on Saturday. Matthews, who established a career high in points, had 12 in the first half, but the Golden Eagles couldn't pull away from the Tigers (6-12), who played without Javon Randolph, their injured leading scorer who is injured. Marquette (13-2), which handed Savannah State its 12th loss in its last 13 games, broke open a close game at the start of the second half. James scored eight points in a 19-6 run as Marquette opened a 51-37 lead. The Tigers made just two of 13 shots from the field during the run. Matthews added a season-high nine rebounds and James had six assists for the Golden Eagles, who open their Big East Conference schedule Thursday at Providence. Joseph Flegler had 15 points for Savannah State.