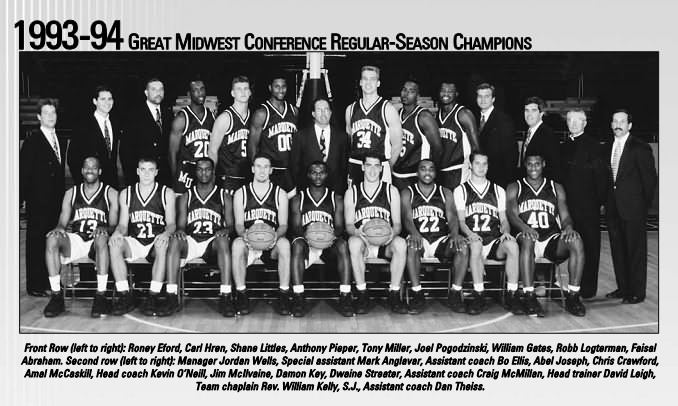 Jim McIlvaine's season total of 142 blocked shots has only been surpassed by four teams in school history. As one would expect, the 1993-94 team's total of 198 blocked shots ranks first all-time in school history, as does their total of 580 assists. Tony Miller is primarily responsible for the assist record, as he accounted for 274 of those assists. Marquette led the nation and set an NCAA record for field-goal percentage defense with a mark on the season of 35.8% (Currently 2nd all-time in NCAA History). Marquette also finished the season ranked in both the AP poll (21st) and CNN/USA Today Poll (17th) for the first time in 15 years. 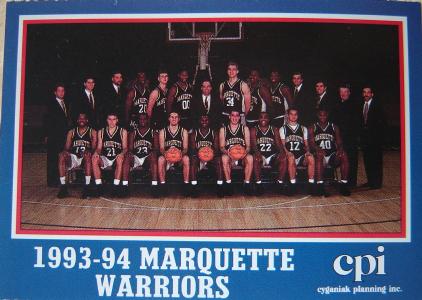